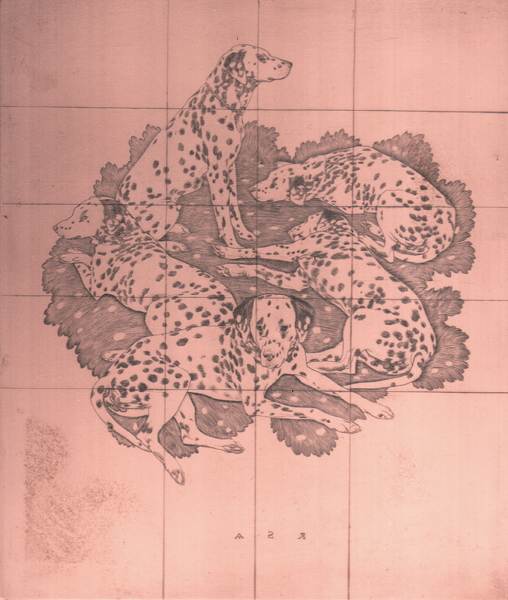 See all works by Robert Austin plate animals 1.PORTRAIT OF AN ARTIST 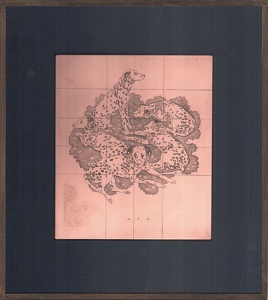 Ling was the name of the artist's Dalmatian, named after the family's home, Lingard House, in Chiswick.  The engraving, produced in 1936, shows Ling in five  different states of repose combined into a decorate cartouche.

It is generally acknowledged that Austin was one of the greatest exponents of line engraving of the Twentieth century. Campbell Dodgson, keeper of Prints and Drawings at the British Museum, who compiled the standard reference work on Austins' work, compared his work to that of Durer noting that Austin had 'more than a touch of that master in him' (Robert Austin, Twenty-One, 1930 Gallery).