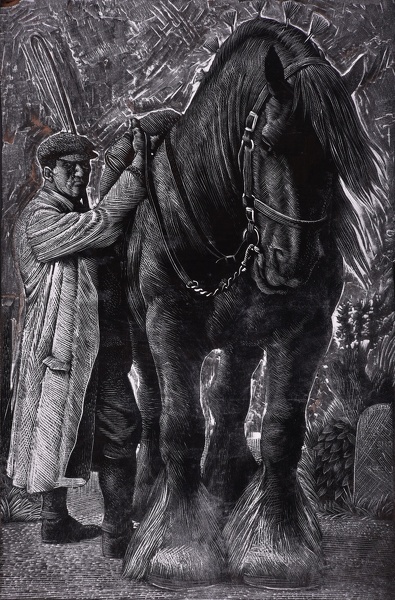 Charles Tunnicliffe RA (1901-1979) won acclaim for his closely observed depictions of animals, birds and other wildlife. He portrayed these as a living, breathing part of the landscape, never as specimens. His distinctive etchings, wood engravings and watercolours made his name as a fine artist and he was elected a Royal Academician in 1954. At the same time, Tunnicliffe’s work became known more widely though his popular book illustrations and commercial designs.

Charles Tunnicliffe’s upbringing on a small farm in Cheshire instilled in him a deep appreciation of nature and the countryside. As a youth he spent hours sketching all aspects of farm life. His prodigious talent was quickly recognised and resulted in a scholarship to the local Macclesfield School of Art and later, to the Royal College in London. Here he studied etching under Sir Frank Short and Malcolm Osborne