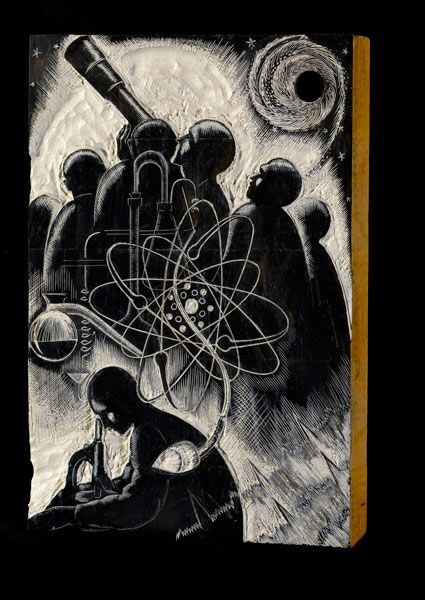 Watchers of the Sky was commissioned as an illustration for Helen Plotz's 'Imagination's Other Place: Poems of Science and Mathematics', New York, thomas Y Crowell, 1955.
Other titles by Plotz include 'Untune the Sky', (1957)