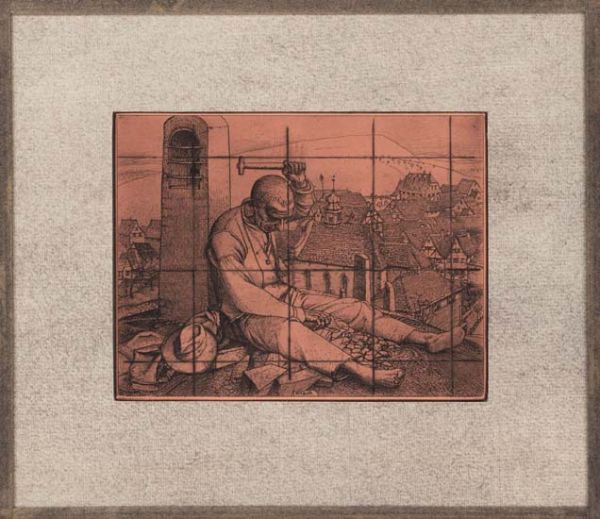 Austin's early plates show an extraordinary sweetness of line and often, as in his large plates of deer, beautifully unified compositions.  There is in the best sense an academic quality about these, very proper in a man who was virtually a pioneer in his his art today.  About 1929 a close study of the German masters of engraving is evident.  But Austin has passed through his probationary stage and is master not only of his technique, in which no English engraver has surpassed him, but also in using his medium in a native, personal way. Already Mr Dodgson had noticed in his work 'an aftermath of Pre-Raphaelitism...with its harking back to the past and its wealth of realistic detail.'

Austin's latest plates are contemporary in subject.  At the same time his interest in Millais, the Millais of book-illustrations, is explicit.  Surely this strain, at once homely, intimate and romantic, is at the centre of the tradition of English art.  Austin's line remains clear: his tone is given by a number of short flicks and shadings.  He is thus nearer in technique to the fifteenth-century German engravers than to Durer or Lucas van Leyden. In drawing and composition there is nothing archaic. Of recent years he has produced three or four plates regularly each year.  Of these one or two commonly represent new treatments of subjects previously treated in a rather different way.  He is fascinated with certain subjects, bells, stairs, kneeling figures, weathered wood.But he also advances to new subjects; in 1936 two very fine portraits and in 1937 the Young Mother.