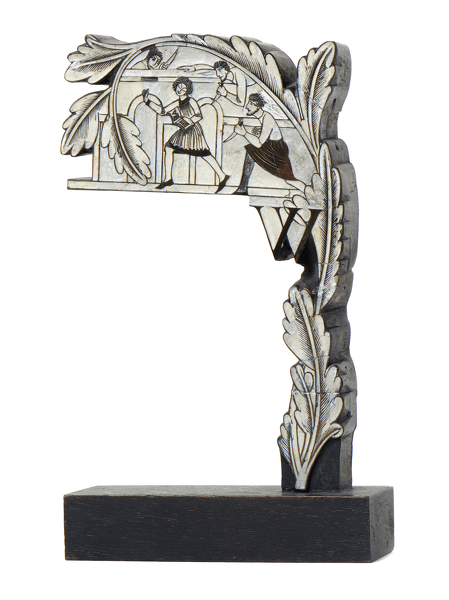 
Signed with initials and numbered 300 on the reverse, unsigned in the block

Eric Gill paid Robert Gibbings £200 for the blocks that the Golden Cockerel Press had commissioned up to 1933. He cut some of these to sculptured shapes, filled the engraving with a gesso-like substance, and sold them or gave them away as ornaments; thus ensuring that no further prints could be taken', Christopher Skelton, (introduction to Eric Gill, The Engravings, p 13).

This block was originally conceived  as the half-page illustration introducing 'The Prioress's Tale' in the 1929, Golden Cockrel edition of the Canterbury Tales (P588) and published on page 60 of the second volume. 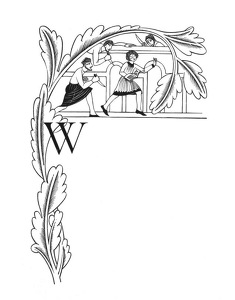